[Pilar de la Pe├▒a – Radiocable.com] One of the most interesting stories that occurred in the Antarctic is Emilio Marcos Palma, the first child born in the ice continent. His birth was a sort of military junta scheme, governed by Argentina in 1978 to try to Ō??legitimizeŌ?Ø their territorial claim in the Antarctic.┬Ā They sent a seven month pregnant woman, Silvia Morella de Palma, wife of a military, to the Base Antarctic of Hope and there, she gave birth to a boy in January 7th, 1978. 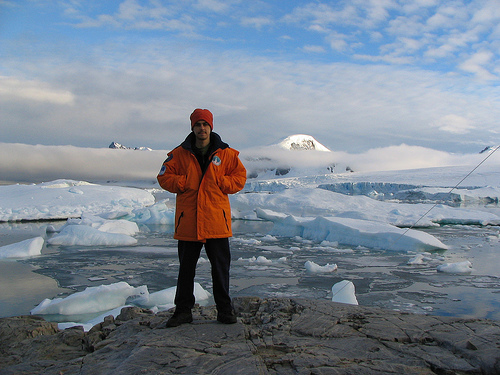 The Palma family next to seven other families went to Antarctica as part of an experiment to determine if family life was feasible.┬Ā

They created a habitual group called Ō??Sargento CabralŌ?Ø and since 1977 it has been occupied by eight to ten families.┬Ā There, the first birth of a human being was produced in Antarctica: Emilio Marcos Palma.┬Ā And then in 2002, in the Base of Hope, there were seven other births.┬Ā The father of Emilio, Jorge Palma, spoke of how the birth was conceived and life in Antarctica for the program Ō??Echoes in the Patagonia.Ō?Ø

The Argentinean military was able to conceive the first baby in the Antarctic to be Argentinean. But because in this ambit their interest clashed with the Chileans Ō??who claimed the sovereignty of the same territory-, a few years later these also conceived their own Ō??Antarctic baby.Ō?Ø In 1984, Juan Pablo Camacho was born in the Frei Montalva Station, converting him into the first Chilean native in the South Pole.

Today, it is calculated that the population of Antarctica ascends 4,000 people in the summer and 1,000 year round.┬Ā In the Argentinean base, as well as the Chilean base, there are a few families with children who have commented about the details of everyday life.┬Ā

[The news about the birth of Emilio Marcos, was known this week via M.VarsavskyŌ??s blog]